Power of Attorney in New York

What is a Power of Attorney?

How is a Power of Attorney executed in New York?

The legal document is valid only if it meets all the requirements of execution. Each state has different requirements to create a valid Power of Attorney. In New York, a Power of Attorney should be signed and dated by the principal with a sound mental capacity, and it is acknowledged in the same manner as a conveyance of real property, which means it has to be notarized (N.Y. General Obligations Law 5-1501B). New York also requires that the document contain the exact wording of “caution for principal” and “information for agent” from the statute. The New York court held that a Power of Attorney that is not signed, dated and acknowledged by an agent who is given authority is not valid. Using the state's statutory Power of Attorney form is a good way to meet the basic requirements.

Some states don't require notary, or may require either notary or witnesses. But having the principal and agent signatures notarized will make it less likely that the validity of the signature is questioned, especially by financial institutions.

New York will accept a Power of Attorney that is properly executed in another state. For example, if someone executes a valid New Jersey Power of Attorney, and then moves to New York, the POA will continue to be valid in New York. But it is a good idea to consult an estate attorney regarding whether out-of-state plans should be updated.

2. Consider naming more than one agent in your POA

Many people make the mistake of merely naming one agent in their Power of Attorney. This is not advisable, for if the only-named agent becomes unavailable, moves far away, or also becomes incapacitated or passes away, then the family will need to go to court to appoint a guardian to replace the previous agent. To avoid this situation, name a successor agent, who will step up when the primary agent becomes unavailable. Or name co-agents who can act independently or together to make decisions for your affairs.

3. Understand the difference between Durable and Springing Power of Attorney

In New York, as in many states, a Power of Attorney is presumed to be durable, meaning the power is given to the agent as soon as the agent signs the acknowledgement, and continues after the principal becomes mentally or physically incapacitated and unable to make his or her own decisions.

But a Springing Power of Attorney takes effect upon the occurrence of a date or a contingency specified in the document, which is usually incapacity of the principal.

While Springing Power of Attorney is appropriate when the principal wants to maintain complete control over her or his affairs while she or he is mentally capable, it requires the additional step of proving the incapacity before the agent can step up to make important financial decisions for the principal.

4. What to do if the agent named in your POA doesn't act in your best interest

Some people worry that their agent has too much power, or might not be accountable when the principal loses their mental capacity.

You can also appoint a monitor, who has the authority to request, receive and seek to compel the agent to provide a record of all receipts, disbursements and transactions entered into by the agent on behalf of the principal.

5. Your POA might not provide your agent with sufficient authority regarding digital assets

New York enacted a statute governing how an agent may access digital assets with its version of the Revised Uniform Fiduciary Access to Digital Assets Act in 2016, now adopted in 48 states (N.Y. Estates, Powers & Trusts Law 13-A). New York's Statutory Power of Attorney has not yet been updated to reflect the new law.

6. The scope of New York POA's is limited without a Gift Rider

Many states limit the power to make gifts or transfers of financial assets to protect the principal from abuse. In New York, an agent cannot gift or transfer assets of more than $500 per year, unless the Power of Attorney is accompanied by a duly executed gift rider, giving the agent unlimited power to make gifts.

Without a gift rider, your agent can still sign legal documents, pay bills and make transactions that don't involve transferring assets to himself or others. But the agent cannot change a beneficiary designation of life insurance, annuities or retirement accounts. And they cannot access the funds from retirement accounts. The agent also cannot make any changes to an estate plan without a gift rider.

You might not plan to make any gifts to family, so you might not believe this gifting power is necessary. However, there is one important reason to provide your agent with a gift rider. When the principal is incapacitated, and requires in-home care or nursing home care, then transferring assets may be necessary in order to preserve lifetime savings while qualifying for Medicaid that will cover the cost of the care. But the agent cannot transfer assets without a gift rider.

7. Financial institutions might not honor the POA, if it does not use their form

In New York, the law requires a statutory Power of Attorney to be universally accepted, so it is unlawful for a financial institution to refuse acceptance of a valid Power of Attorney, without actual knowledge of abuse or fraud (N.Y. General Obligations Law 5-1504).

8. Your POA may need to be re-executed after several years

Financial institutions often refuse to accept a Power of Attorney if it was executed a long time ago, because it might not reflect the present-day intentions of the principal. The law states that the passing of time since the execution of the POA cannot be the only reason to refuse to honor a valid Power of Attorney (N.Y. General Obligations Law 5-1504). But an older POA is more likely to be rejected by financial institutions.

The best practice is to re-execute or update a Power of Attorney every five years.

However, if the principal sets up a revocable or irrevocable trust, giving power to a trustee when he or she is incapacitated, then the trust document is more readily accepted by banks, and does not need to be updated every five years.

A Power of Attorney is a very important document in anyone's estate plan. It is advisable to prepare it after carefully reviewing your overall planning with a qualified estate-planning attorney.

This blog post is written for educational and general information purposes only, and does not constitute specific legal advice. You understand that there is no attorney-client relationship between you and the blog publisher. This blog should not be used as a substitute for competent legal advice from a licensed professional attorney in your state.

We are committed to answering your questions about estate planning, real estate transactions, small business planning, and foreclosure defense.

Schedule a complimentary15-minute initial consultation to discuss your legal matter and determine how Mattei Law PLLC may assist.
Schedule Now 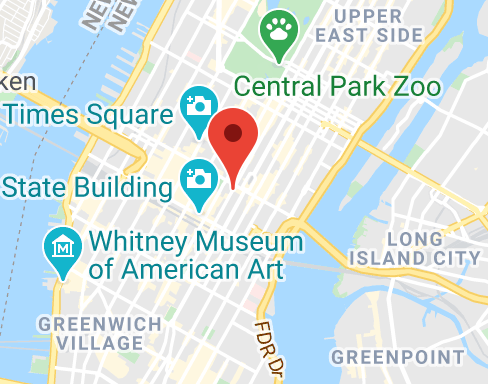